Home / Habitat for Humanity of the Roaring Fork Valley /

A volunteering campaign for Habitat for Humanity of the Roaring Fork Valley. 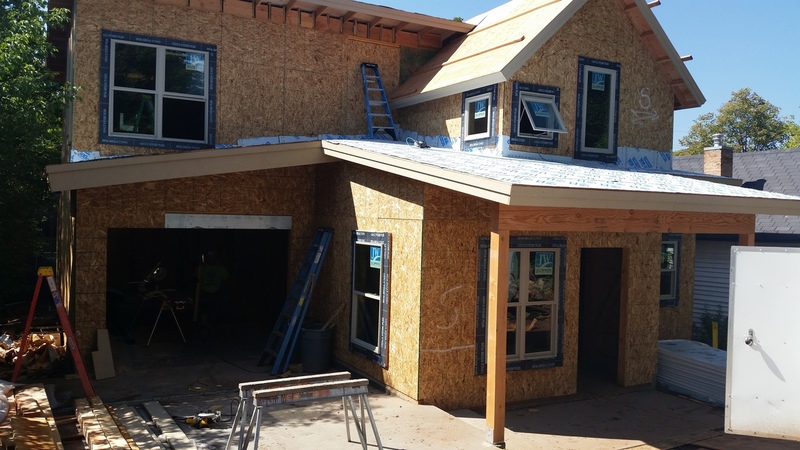 Volunteers are the very foundation of Habitat for Humanity of the Roaring Fork Valley! Each year, over a thousand individuals in our community come together to help build homes with our partner families.

Come help build an affordable home with the Dory Family!

Describing himself as a positive person, 44-year-old Assaf Dory has fought to sustain hope over the past 14 years. He spent his thirties either in a hospital or bedridden. On December 15, 2001, while working as a Deputy in Pinellas County Sheriff’s Office, Largo, Florida, Assaf shattered his leg when chasing a teenager who was shooting at cars. His initial injury escalated, resulting eventually in 30 surgeries and the amputation of his right leg. “I went from 150 miles per hour to zero,” Assaf says.

By 2011, forced by medical expenses to declare bankruptcy, the Assaf family had lost everything. Assaf’s wife Sigal Weinfeld-Dory had been an acupuncture physician and real estate investor before leaving work to become the primary caretaker for Assaf and the younger two of their four children, 16-year-old Raam and six-year-old Mechal.

In July of 2011, the family was en route to Oregon, where they hoped to begin fresh, when they stopped to visit friends in Aspen. It was then that their fortunes changed. They signed a lease on a rental house in Woody Creek July 8, six days after arriving in the Roaring Fork Valley. “There’s something about this valley,” Assaf explains. You see the nice side of human beings, and we knew we were in the right place.”

The right place for the Dory family will soon be the first Habitat for Humanity home to be constructed in Basalt. Encouraged by his academic advisor at Colorado Mountain College to apply for a Habitat home, Assaf finally agreed. A committee appointed by the Town of Basalt, with input from Habitat staff, selected the Dory Family, but it took time for Assaf to believe that it was real. “I told Sigal that I don’t know what it’s like to win a lottery ticket, but I think this is what it must feel like.”

As is the case with every Habitat family, Assaf, Sigal, and their children are investing sweat equity, helping to build their new home. In addition to Assaf's work on the house, while standing on his prosthetic leg, Sigal and Raam are providing hands-on labor in the construction. Assaf also volunteers at the Basalt ReStore on Fridays, and helps staff the Habitat booth every Sunday at the Basalt Farmer's Market.

Donating a vacant lot where a small community garden had been located, the Town of Basalt teamed with Habitat to make the Dory home on Homestead Drive a reality. Three Basalt companies have major roles in the house. Mary Holley of MA2 Architects designed it, Jack Albright of Albright and Associates did the engineering, and Terrain Land Architects is responsible for the landscaping.

Mary designed the 1,575 square foot house around Assaf’s special needs. It has, for example, wider and shallower steps so he can navigate the stairs of the two-story house with a prosthetic, railings in the shower stall enabling him to get into it without hopping, and a one-car garage on the same level as the dwelling.

But for Assaf, the house represents much more than a home. He says, “I’m getting my life back.”

In Support of Habitat for Humanity of the Roaring Fork Valley

Habitat for Humanity of the Roaring Fork Valley partners with local families who otherwise would not be able to afford a home of their own, through conventional means. We build homes in partnership with local families in need of a hand-up, not a hand-out.  The wide gap between our high resort area cost of living (especially for housing) and the actual rural community wages makes it difficult to retain teachers, and essential personnel within our area- all who hold jobs that are key to the well being of our children and community, but cannot afford to live close to where they work.
Our local Habitat has been building homes with lower income families for almost 20 years,  but we have become increasingly aware of the acute need for housing for the middle income workers who provide vital services to our community.  This is what brought about an extraordinary collaboration with the Roaring Fork School District, Pitkin County, and the Town of Basalt to build the Basalt Vista Housing Partnership- located behind Basalt High School- which will provide 27 affordable homes.
Habitat for Humanity is a movement of people who build more than houses. By bringing homeowners together with volunteers, donors, community leaders, foundations, and other supporters we are building stable families, safe neighborhoods, and caring communities.