A Fundraising Concert for Habitat for Humanity Oxford Project 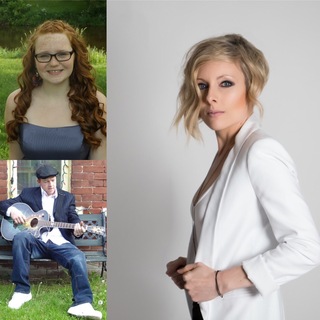 Cumberland County's own internationally acclaimed singer-songwriter Christina Martin will appear live, in concert, at the Capital Theatre in Oxford, NS. Christina will be joined on stage by two local up-and-coming artists Deedra Green and Mark Stevens. Buy your tickets today to support the Habitat for Humanity Oxford Project, creating affordable homeownership opportunities for families in need of a hand up.

Cumberland County based Singer-Songwriter Christina Martin’s musical journey has led to extended stays in Austin, Texas, as well as Germany, from where she has cultivated a substantial following across mainland Europe. Along the way, she has earned multiple East Coast and Music Nova Scotia Awards, had songs featured in television soundtracks, performed at Rolling Stone Weekender Festival in Germany, and for the Queen at Parliament Hill in Ottawa.  Christina will perform songs from her highly revered album It’ll Be Alright, accompanied by her guitar player, acclaimed Nova Scotia producer and musician Dale Murray (DaleMurray.ca).

Deedra Green started playing guitar and singing at the ageof nine. Living in Oxford with her family, she enjoys singing at the jam onFriday nights. Although she enjoys playing and listening to all types of music,her biggest influence is Adele. At the age of twelve, Deedra released her firstcover CD, now at age 15 she is currently working on her second CD which willfeature three of her own original songs.

Born in 1981 in Pugwash, Mark Stevens was raised in Pugwash River by his Father Emerson Stevens. Mark’s passion for music stems from his father’s love for classic country music like Buck Owens and George Jones. Mark started getting serious with the art once his Dad bought him a guitar forChristmas when he was 8 years old. Hard times and tough lessons lead Mark downa road of getting into trouble at a young age just to lead him onto a brighter path. Mark now record and produces his own Christian Rock music. Self-taught by dedication and countless hours of playing for free, Mark released his first album last August 2015 titled By his side and is currently working on his second album soon to be released in 2016.

Through volunteer labour, efficient management, sponsor funding and donations of money and materials, Habitat for Humanity builds safe, decent and affordable houses with the help of the homeowner (partner) families. Habitat houses are sold to partner families at no profit and are financed with affordable, no-interest mortgages held by Habitat Nova Scotia.Homes are built in communities where land availability allows either through donation or discounted purchase.Habitat for Humanity is a hand up, not a hand out. In addition to mortgage payments, each homeowner invests hundreds of hours of their own labour, called “sweat equity”, into the building of their home and the homes of others.