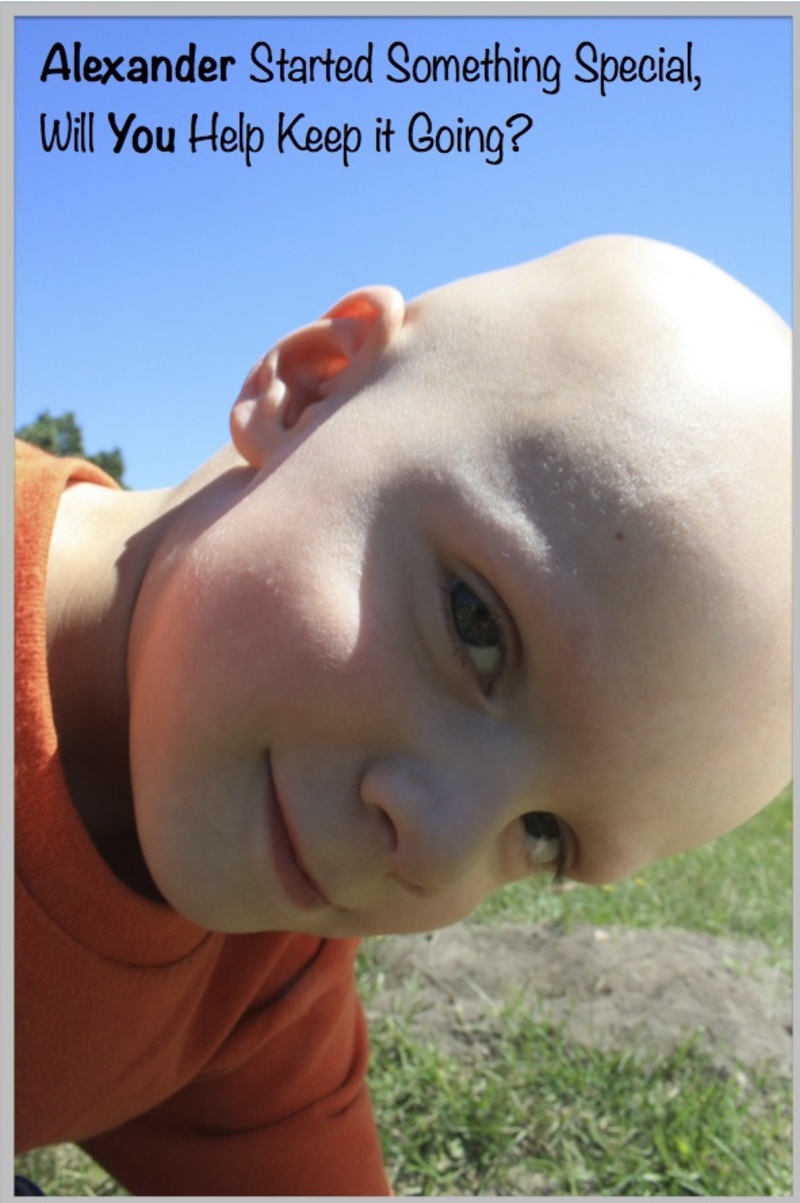 Pediatric brain tumours occur regularly, randomly, and spare no ethnic group or geographical region. They cannot be predicted or prevented. Too many children are dying from something we know so little about and this is why Alexander's Quest helps fund pediatric brain tumour research. Alexander had a rare and aggressive tumour called ETANTR. After he passed away, the University of Calgary was able to start the first ETANTR cell line in history using Alexander's tumour donation. His donation was only the first step though, we need to continue the fight against pediatric brain tumours. October is brain tumour awareness month and Alexander's Quest, together with Role Mother's of Market Mall, is excited to hold a Donation Drive to raise money for pediatric brain tumour research. 100% of your donations will go to the University of Calgary for pediatric brain tumour research. The top four fundraisers of this campaign will receive a gift basket that includes prizes from the retailers of Market Mall as well as a $50.00 Cadillac Fairview Shop!Card. Fundraisers will also get one entry into a separate draw for every $100.00 raised. This year, 50 kids in Alberta will lose the battle to childhood cancer and 250,000 families world wide will be told their child has cancer. Supporting research is the only chance we have to stop childhood cancer. Please donate generously and help us put an end to childhood cancer. Today... A parent will tell their child, you've fought hard and long enough, it's okay to go home now. By Alexander's Quest Today... A mother will grieve that her instincts about her child’s health were right. Today... A father will allow himself to cry, but only alone in the shower. Today... A mother will be too exhausted from providing constant care to her child to simply write checks to pay the bills. Today... A father will again adapt his day, family, and life to a new definition of normal, unlike any he had previously envisioned. From the Wall of Courage

Help a Participant reach their goal, or make a general contribution. 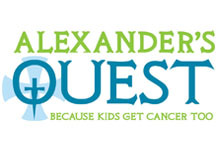 In Support of Alexander's Quest Foundation

Alexander's Quest is a charity started in memory of Alexander Edwin Brown who died of brain cancer on October 23, 2010. He was only 2 years old. Too many children are dying from something we know so little about. This is why Alexander's Quest funds research on childhood cancer. Alexander had a rare and aggressive tumour called ETANTR and thanks to his tumour donation, the world now has its first ETANTR cell line. Some kids are here for such a short time and they deserve to have every moment filled with joy. This is why we also grant wishes to terminally ill kids with cancer.
Search...
Sort 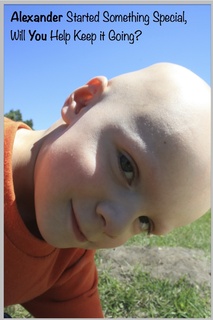