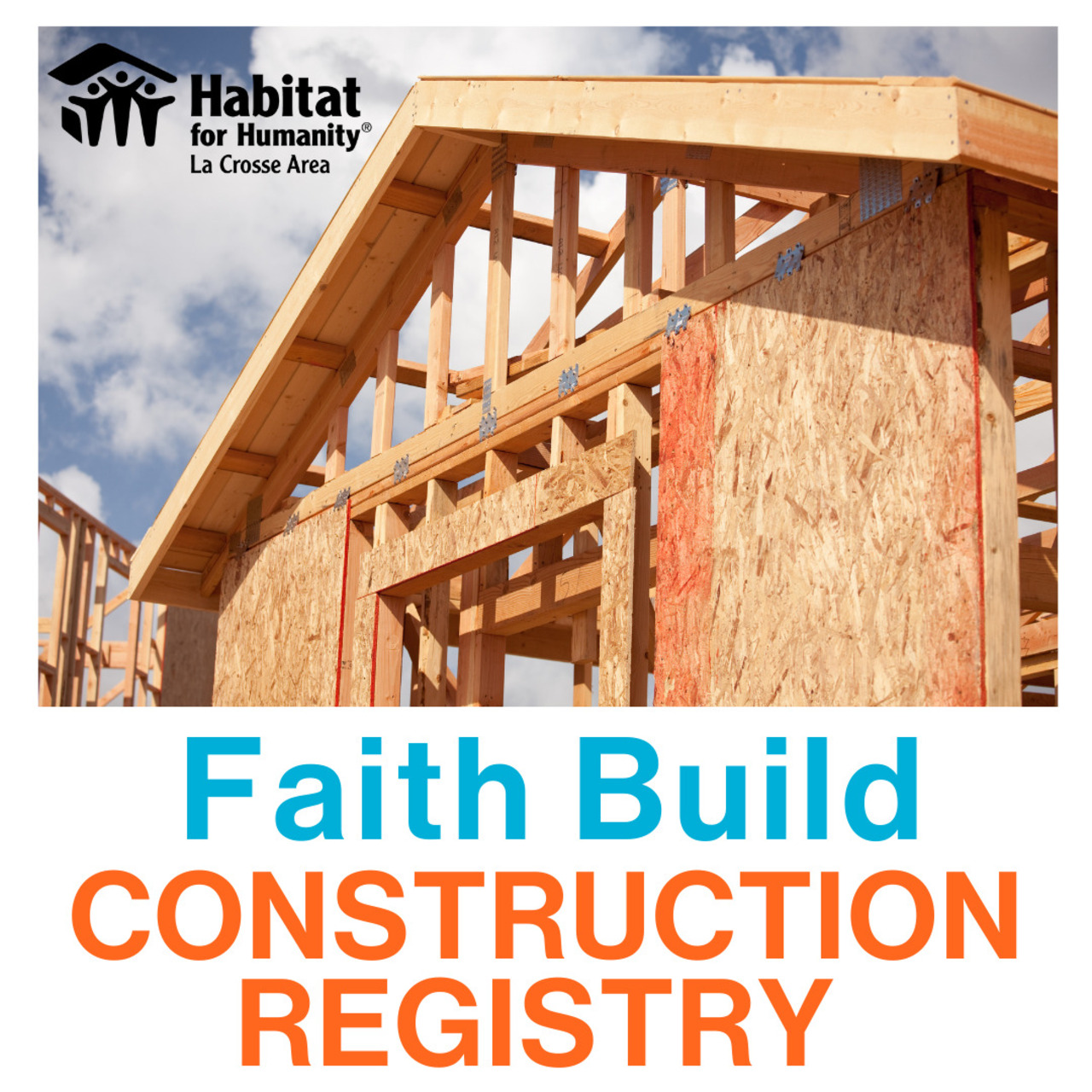 You can help us build our Faith Build house by selecting items below for Habitat to purchase to build a home for the Olson Family.

Construction has started on our Faith Build home at 1121 Avon Street in La Crosse in partnership with the Olson family.

Would you like to support a team or participant?

Select a team or participant from below to help them reach their goal, or make a general contribution.

Would you like to join an existing team or create your own?

Join as Individual Create my Team


Habitat for Humanity La Crosse Area is a nonprofit, ecumenical Christian housing ministry founded on the conviction that every family should have a decent, safe, and affordable place to live. We partner with low-income, hardworking families and the community to build simple, decent, and affordable housing. Established locally in 1992, Habitat La Crosse has built and rehabbed safe, stable and sustainable homes for families in need. Every family who partners with Habitat must complete 350 hours of sweat equity, working on the construction site and at the Habitat ReStore, and successfully pass home buyer education and financial counseling. Homeowners repay an interest-free 30-yearmortgage back to Habitat. Thanks in part to partner family sweat equity and volunteer labor, the cost of a home is kept affordable, with typical monthly mortgage payments around $650 including taxes and insurance. The revolving fund created by mortgage payments received allows Habitat to reinvest into the community through additional housing opportunities, creating a lasting and sustainable investment for years to come.

Tamara Schonsberg
Displaying 1 record
Meet the Family
Liberty Olson and her two sons, Braxten (age 8) and Treyven (age 5), are desperately looking for a place to call their own.

The family currently lives in a two-bedroom apartment. Braxten and Treyven share a VERY small bedroom with bunk beds that leaves little room for toys and play for two rambunctious boys. Liberty now sleeps on a couch in the living room to give her sons more space. The apartment itself is drafty and mold grows throughout due to unrepaired leaks. Cars in the neighborhood have been vandalized, and Liberty recently came home to find damage to a window, causing concern that someone tried to break in. She constantly fears for the safety of her children. But it’s her son, Braxton, who suffers the most. Born with a club foot, he finds it hard to walk up the stairs each day to their second-floor apartment.

Liberty is beyond excited to become a Habitat homeowner. “One of my dreams was to build a house and have the ability to afford it,” she says. Braxten and Treyven will have bedrooms of their own and a yard to play in. The family will no longer have to live in cramped and cold conditions. Instead, they will soon have a permanent, stable, well-built place to call their own. Liberty and her boys will complete at least 350 sweat equity hours working alongside staff and volunteers to complete construction of their new home on Avon Street in La Crosse.

Liberty had to move many times as a young girl—never feeling settled. She wants better for her children, which is why she applied to be a Habitat homeowner. When asked how she feels about her home, she said, “I am overly excited and ready for our new future to begin.”

When Liberty’s home is complete, she will purchase it at full appraised value with a 30-year, zero percent interest mortgage. 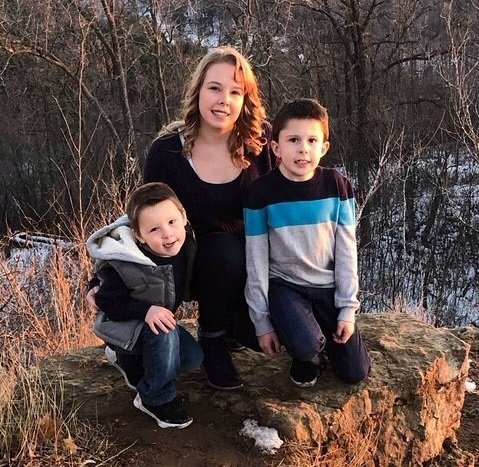