This educational lecture is provided free-of-charge as part of the CSF Educational Lecture Series and is open to all patients, families and medical professionals who would like to learn more about these disorders.

Refreshments will be served. 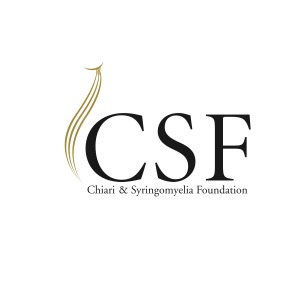 CSF (Chiari & Syringomyelia Foundation, Inc.) is a 501(c)(3) non-profit organization that was founded in October 2007 with the goal of raising awareness and finding a cure for Chiari malformation (CM), syringomyelia (SM) and related disorders.

The CSF Scientific Education & Advisory Board is comprised of several internationally renowned medical doctors, professors, scientists and experts. Further, the CSF Board of Directors and Board of Trustees include community and business leaders, educators, legal experts, families and patients, who have long been advocates in the CM/SM community. Their skills and drive to develop, fund, and oversee CSF programs and research will improve the lives of the over one million families affected by Chiari malformation, syringomyelia and associated disorders in the US, alone.

CSF is currently the only organization serving patients with Chiari, syringomyelia and related disorders to have earned all three of the following distinctions: BBB Wise Giving Alliance Seal, Guidestar Gold Seal and the Health On the Net Code. Check us out in the November 2016 issue of USA Today among the other nonprofits deemed as both effective in their missions, and responsible with their donors' dollars