Home / The Alliance for Artisan Enterprise /

A fundraising campaign for The Alliance for Artisan Enterprise. 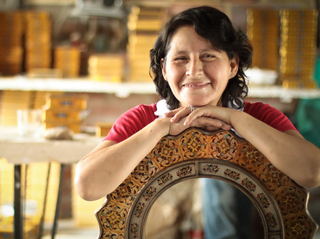 Artisan activity is crucial to many economies around the world; however, integrating artisans into the global marketplace is historically challenging, as many fail to see artisan enterprise as a means to driving economic growth. TreadRight is helping to support the formidable efforts of the Alliance for Artisan Enterprise, as it looks to overcome that challenge. 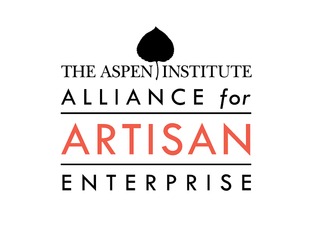 In Support of The Alliance for Artisan Enterprise

Hundreds of thousands of people in the developing world, largely women, participate in the artisan sector. For many, their livelihood depends on income earned form their artisan activities. Behind agriculture, artisan activity is the second largest employer in the developing world. Yet, artisan enterprise is not generally considered a key driver of economic growth, nor looked to as a major component of development assistance efforts.
The depth of the economic impact of artisan enterprise is often not fully appreciated. The artisan sector generates income, creates jobs, fosters community development, sustains ancient techniques, and safeguards culture and meaning that is an essential component of healthy and sustainable development--development that is grounded in the uniqueness of people and place. In conflict regions, economic community through artisan work can promote reconciliation, healing, and empowerment.
Better integrating artisans into global commerce would increase the incomes and standard of living of many individuals and their families in the developing world, yielding micro-economic benefits that, properly scaled, could collectively transform the economic landscape of certain nations as a whole. The untapped economic development potential of the artisan sector makes a powerful case for establishing the Alliance for Artisan Enterprise--a group of key individuals, institutions, corporations, and non profit organizations that work together to support, elevate, and expand the artisan sector, with encouragement from the U.S. Department of State's Office of Global Women's Issues.
The Alliance for Artisan Enterprise, hosted by the Aspen Institute, was launched by former Secretary Hillary Clinton in 2012. The Alliance is a collaborative effort of 55 members including small and medium enterprises, corporations, non-profit organizations and individuals who are working together to promote the full potential of artisan enterprises around the world. As a platform for public-private partnerships, the Alliance leverages the collective strength of our members to break down barriers commonly faced in the artisan sector.
The mission of the Alliance is to support the power and potential of the artisan sector, to create jobs, increase incomes, enhance cultural heritage and promote development that respects the uniqueness of people and place.
The TreadRight Foundation
Leonor Navia
Displaying all 2 records