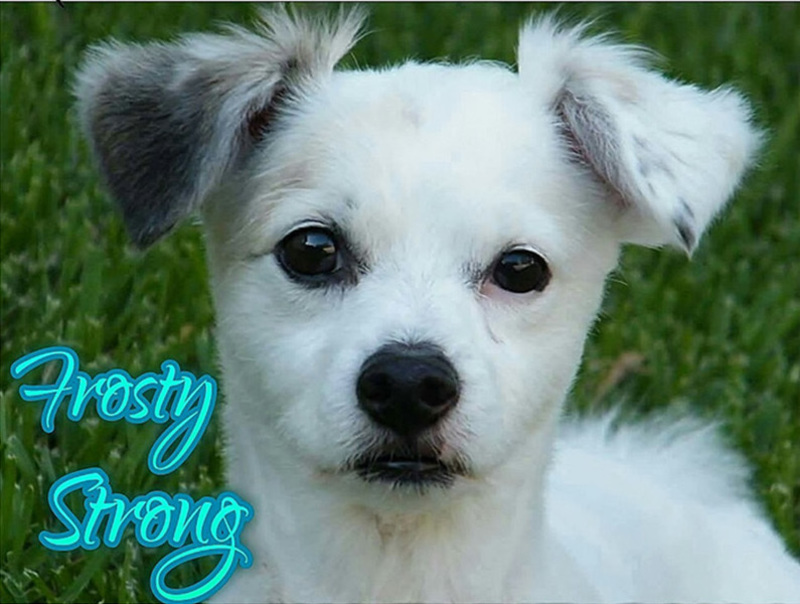 Frosty was a tough little Westie/Jack Russell mix adopted from the South Suburban Humane Society in Chicago Heights, IL on October 13, 2002 after being rescued from his first adopter that abused and neglected him. At 11 months old he was already a two-time shelter dog. His forever family decided that his new life would be filled with nothing but love.

In September 2012, after developing a cataract in his left eye, Frosty was diagnosed with progressive retinal atrophy and became completely blind by early 2013. He ended up having to have his eyes removed due to glaucoma but never let his blindness stop him from having fun and living life to the fullest.

In 2015 he was diagnosed with hemangiosarcoma, a terminal cancer and passed away on May 31 of that year.  He went to the Rainbow Bridge knowing how much he was loved on this Earth.

A twice unwanted little shelter dog became an ambassador for shelter dogs, special needs dogs and canine cancer awareness. He united in love thousands of people from all over the world. He brought joy to everyone he met and touched thousands of lives. He proved that specially-abled dogs & senior dogs are not throw-aways and that they can live very full, happy lives. They deserve to be given that opportunity! He taught people that even after receiving a life-changing or even terminal diagnosis, to never give up. Live every second of life to the fullest because every second counts! Never stop living and never stop loving! Be Frosty Strong!

Sharing has been disabled. This campaign is private. 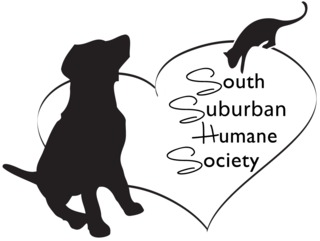 The South Suburban Humane Society is dedicated to promoting the well-being of animals in Chicago's south suburbs. Through the care and sheltering of animals needing protection, investigative practices which will prevent abuse, education of the public as to ownership duties and responsibilities, vetted and thorough adoption services, and targeted, high-impact spay/neuter policies, the South Suburban Humane Society will make every effort towards ending animal homelessness, reducing pet overpopulation, and ending cruel, inhumane treatment and abuse towards pets.